The University is named after the founder of the Society of Mary, Father William Joseph Chaminade, a French, Catholic priest who survived the political turmoil and religious persecution of the French Revolution. Father Chaminade believed that the rebuilding of the Church in France in the aftermath of the French Revolution would best be accomplished by the engagement of the laity in small communities of faith, dedicated to prayer, education and acts of service to the larger community.

In 1849, members of the Society of Mary came to the United States to help immigrant populations. As an outgrowth of their ministry, they founded first what grew to be the University of Dayton and, shortly thereafter, what became St. Mary’s University of San Antonio. In September of 1883, eight Marianists arrived in Honolulu and assumed the leadership of what is now St. Louis School. After many years of encouragement by the alumni of St. Louis, the decision was made by the Marianists to establish a Catholic college in Honolulu and, as a consequence, St. Louis Junior College opened in 1955, evolving into present-day Chaminade University of Honolulu.

The Association of Marianist Universities builds on a strong history of collaboration and common mission – and draws on the example of Blessed William Joseph Chaminade, founder of the Society of Mary – to create environments that let students thrive.  The association consists of three universities: Chaminade University of Honolulu, St. May’s University and the University of Dayton.

The Marianists (Society of Mary) are a Roman Catholic religious order of men have been bearers of the Catholic and Marianist traditions in their educational efforts since they first arrived in the Hawaiian Islands in 1883.  Marianists embrace the idea of education as a mechanism to transform society and support a spirit of openness, mutual respect and acceptance.

They live in a community of equals, brothers and priests, modeling the Spirit of Mary, the mother of Jesus and witness to Christ’s transforming presence on campus. There are over 20 Marianists brothers and priests who live in three separate community houses on the campus. Some of the brothers serve the University as administrators, professors, campus ministers, and more. Additionally, some of the brothers serve St. Louis School, a school for young men grades 5-12 also on our campus. Some of our brothers are in active retirement and can still be seen helping out in various ministries on campus. 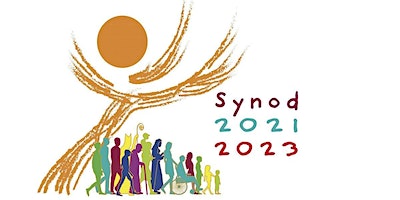